Sleeping in Cameroon sometimes poses a health risk… let me explain.   There are certain mosquitos here that carry a malaria parasite.  Now we’ve lived here as a six pack for four and a half years (with a seven month furlough in there) and only one of us had ever gotten malaria.  Hadassah was born and still no malaria, praise God!  Now, the main thing we do to prevent getting this terrible parasite is by sleeping under nets when in high risk areas of the county.  Every once in a while I’ll find a mosquito inside my net and promptly kill it.  This usually happens during the day.  The other night Hadassah was cutting teeth and just could sleep.  She was miserable and so was I.  So, after trying to comfort her for more than an hour I remembered that Tylenol can help (I’m nearly worthless in the middle of the night).  So Mark turned on the side lamp to administer the Tylenol and I saw something bright red just by my head inside my net.  At first I actually thought it was a creechy bug.  I’ve reported on creechies in the past… they are terrible bugs that burn you if they are smacked on your skin.  Anyways, I looked dazing closer and realized it was a mosquito so full of blood that it shown red in the light.  I have never seen this before and as I’ve heard someone mention a full, red mosquito before I thought it was like metaphorically or whatever.  I tried to smash it while juggling Hads and it couldn’t fly!  It tried and fell on my pillow. So I took my Kleenex and smashed it and now I have a nice blood stain on my pillow.   I 😍 Cameroon despite the dozen (literally) of mosquito bites covering my legs and sleeping under nets.  There is something sweet about checking on the kids and seeing them all tucked in under their nets.

Here is Haddie and I taking a selfie and he net it behind. 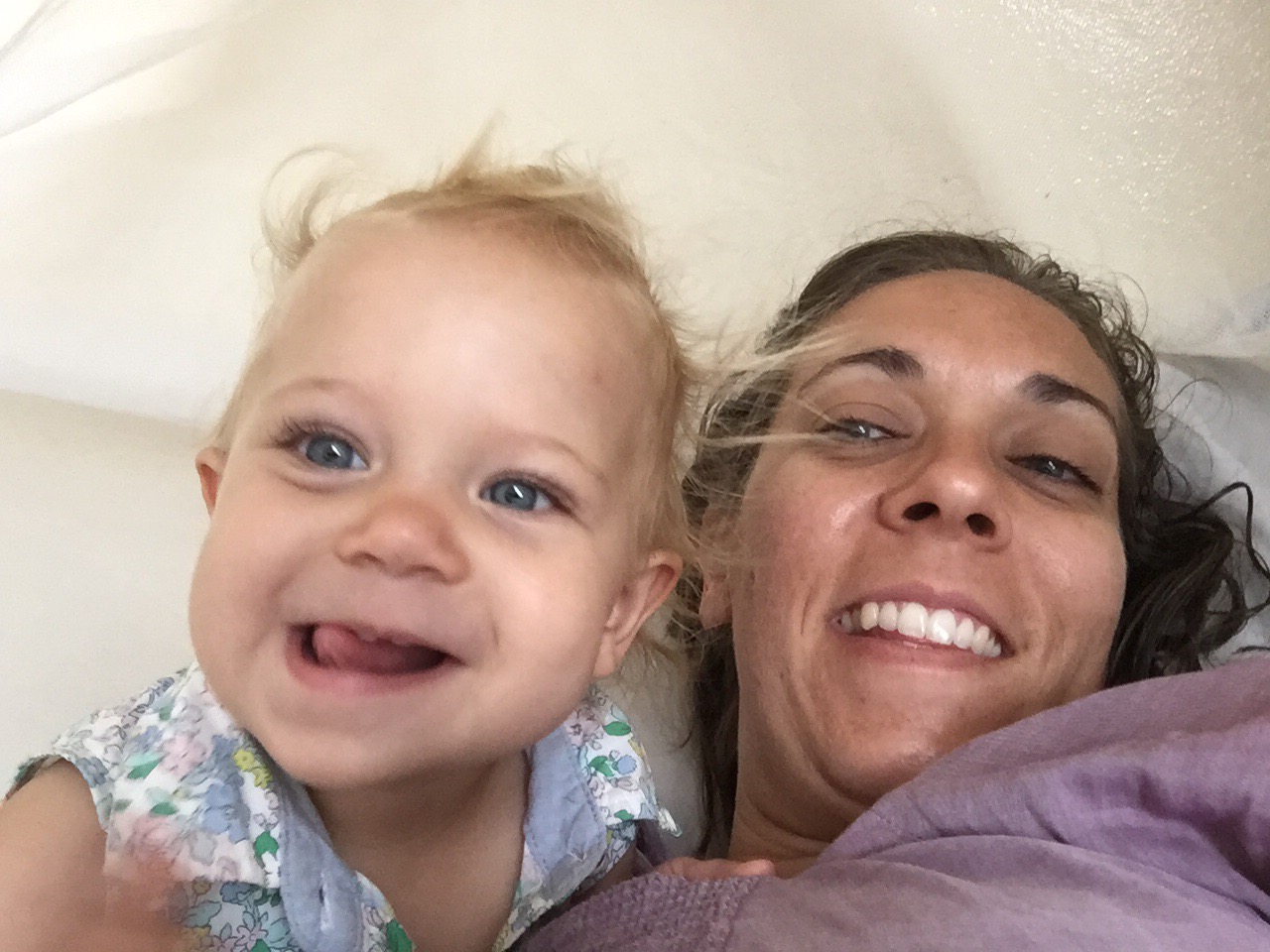 I pin the net up on the daytime some days.  You can see it up behind her. 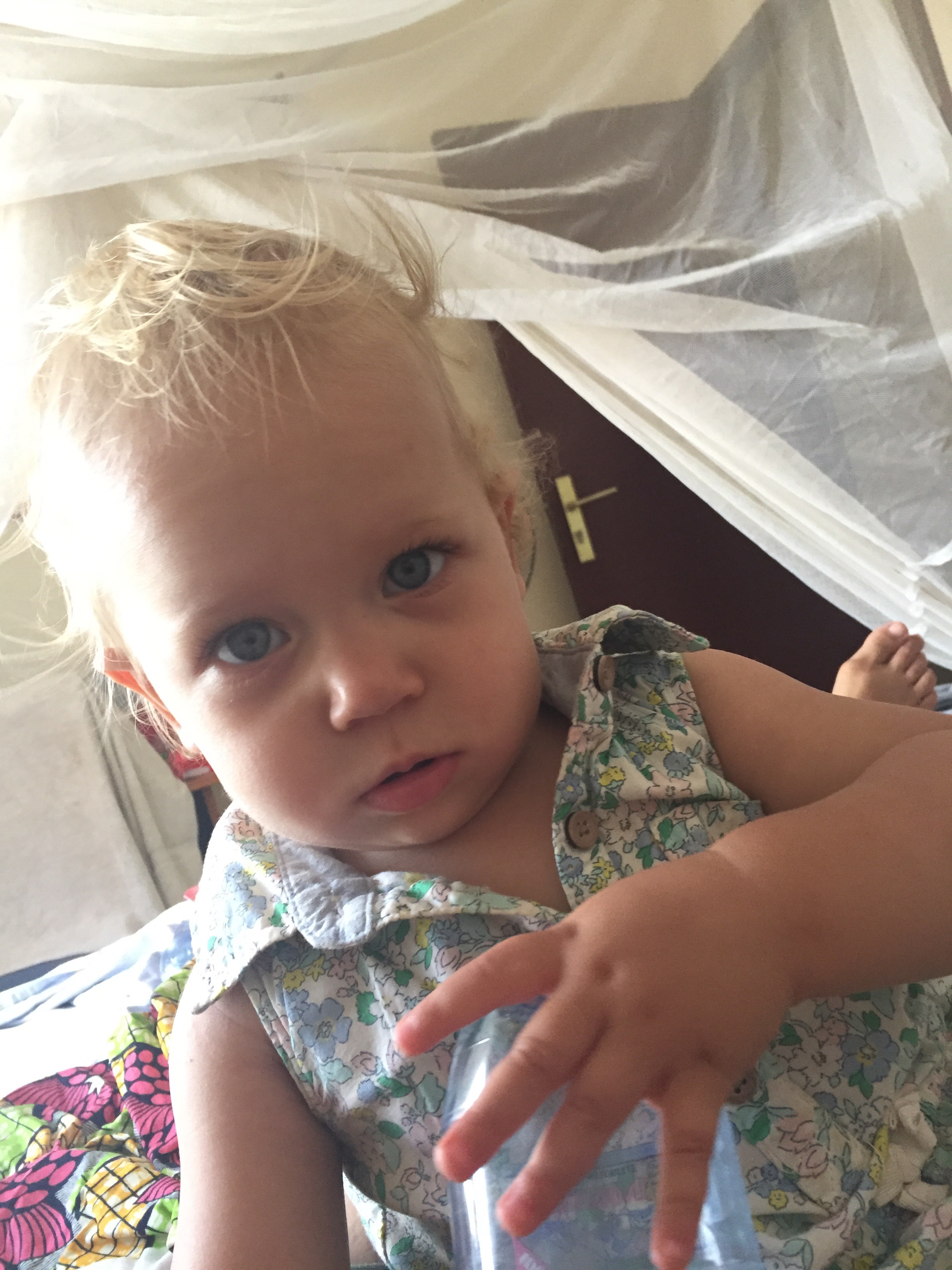 The bunk bed nets.  I have to comment here.  Calebs arm is sticking out right against the net and a mosquito is quite smart enough to go straight there and bit him despite the net.  Also, his net isn’t tucked in. 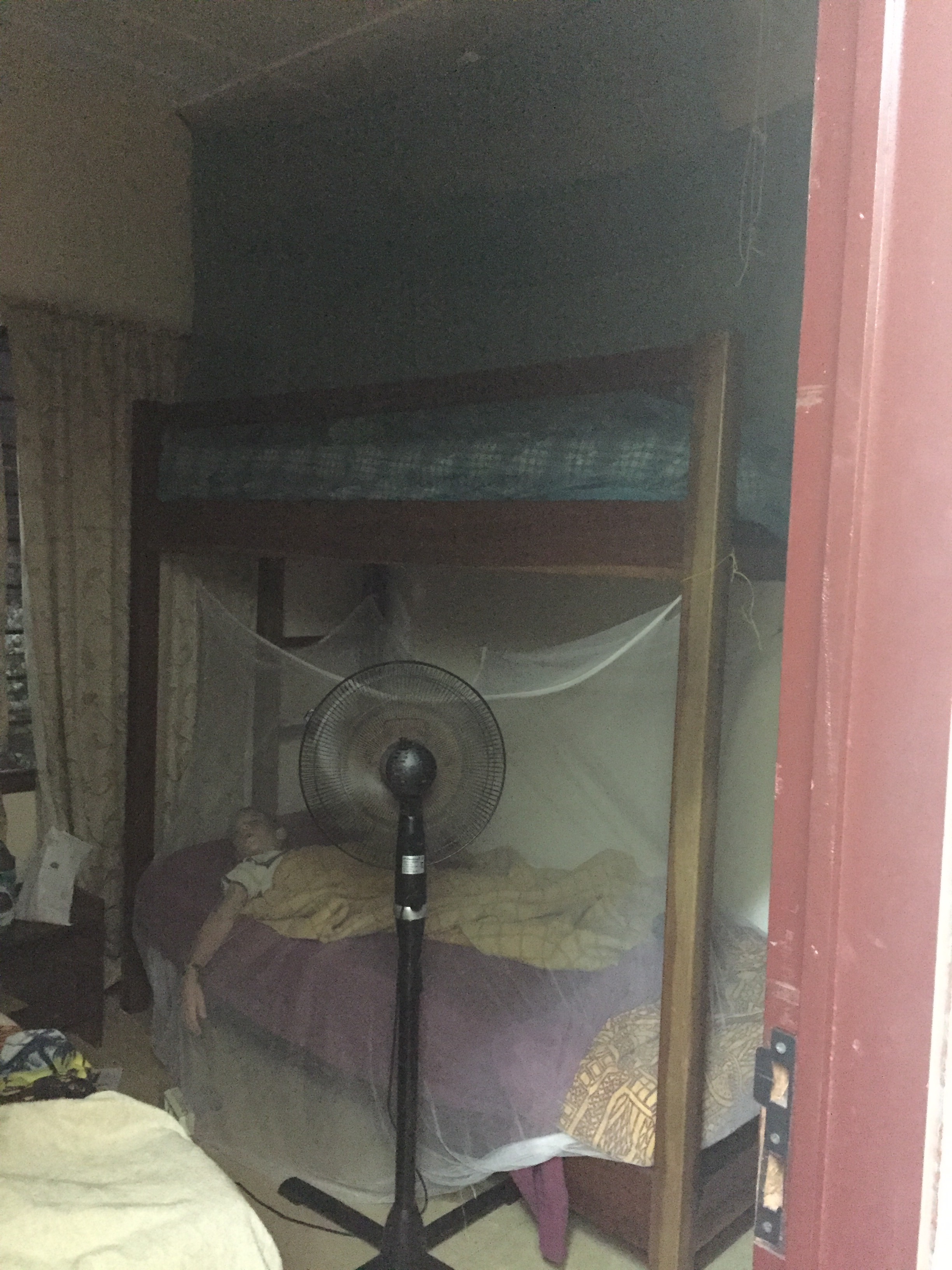 Sweet girl.  My pile of laundry got put under the net with her. 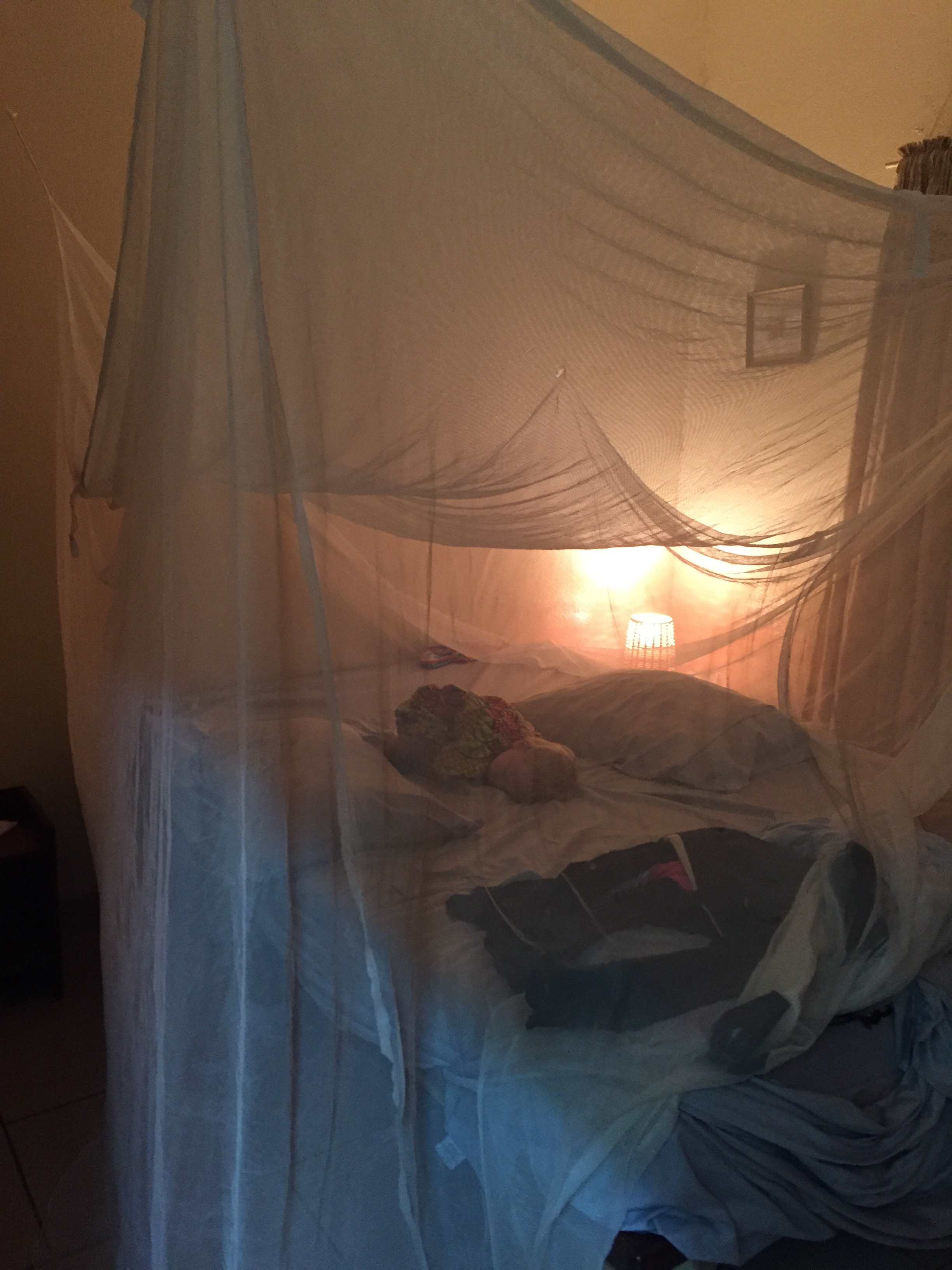 Alright I’d better go tuck in Caleb.  The girls can be featured next time.  I didn’t think they’d appreciate being photographed while sleeping.

This entry was posted in Kids. Bookmark the permalink.

This site uses Akismet to reduce spam. Learn how your comment data is processed.